Home/Announcements, News and Events/Mustard Oil Extraction Machine
Mustard Oil Extraction Machine
In order to revive and promote mustard seed cultivation on fallow land, we have installed an oil press machine in Dewathang at the youth-led SJI organic farm.
Currently, there isn’t a single operating oil press machine in the neighbourhood, leading farmers to pile up tones of mustard seeds, especially after the border has been closed. The machine is expected to benefit at least 3571 households. They no longer have to buy imported edible oil.
This season we have reclaimed at least 34 acres of fallow land for mustard cultivation with seeds and machinery support.
“Before, I used to expel my mustard seeds at the Indian border town of Kumarikata. But after the border had been closed, I had to depend on imported edible oil as well as its residual or mustard oil cake, which is a critical ingredient for my cattle feed. Finally, after a long wait, the problem is solved,” said Sherab, a farmer from Dewathang Gewog.
The project is supported by the Bhutan Foundation with technical assistance from the Dzongkhag Agriculture Sector. 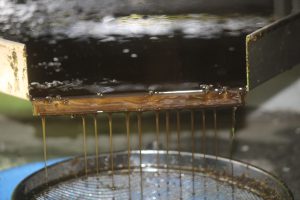 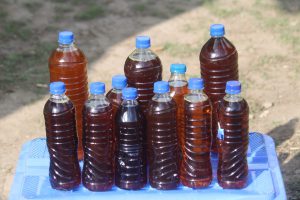 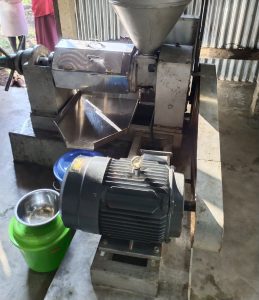 About the Author: Samdrup Jongkhar Initiative